Nordweststad 2050 – for a smarter urban experience

The proposed site for the 2014 edition is Frankfurt-Nordweststadt, a Modernist green neighbourhood planned and built between 1895 and 1940, with single-family houses and buildings with multiple apartments in a large variety of architectural languages – from late Eclectic and Neo-Romanian, to Art Deco and Modernism. 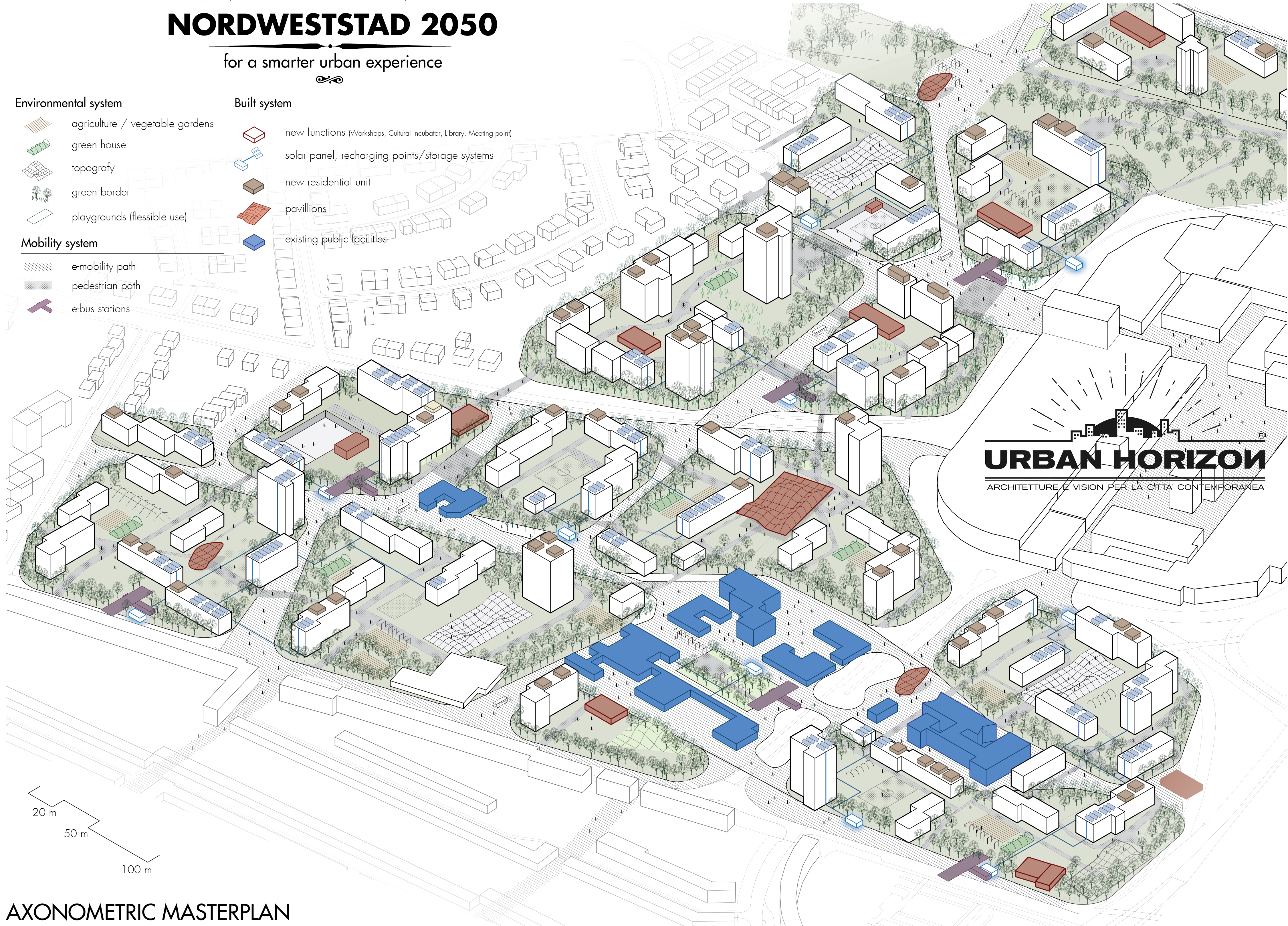 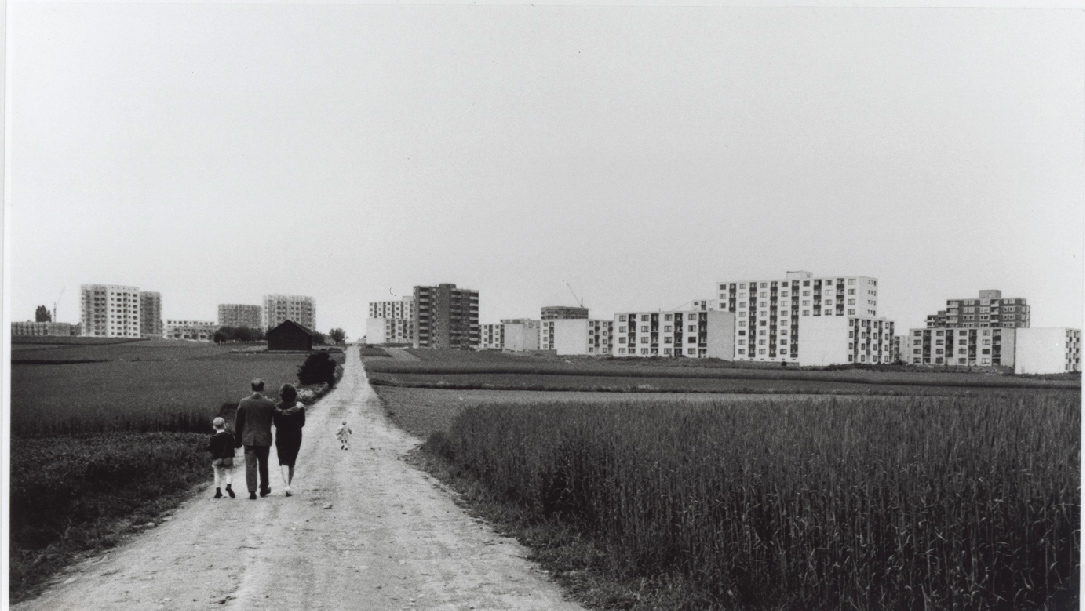 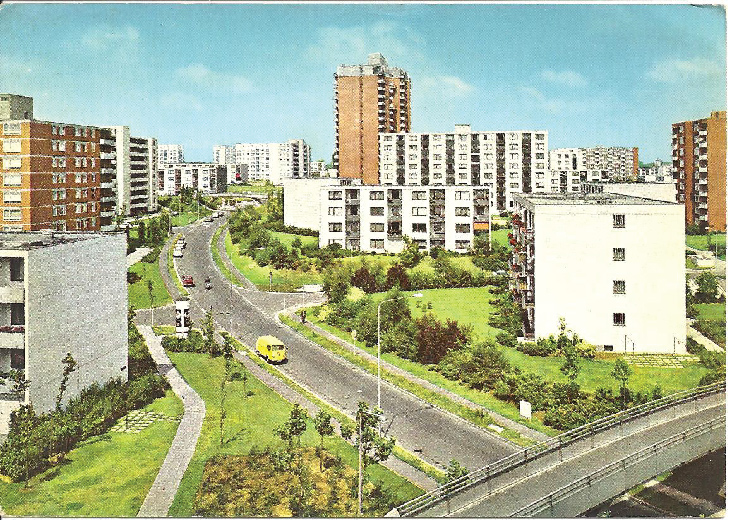 The Heritage Value of Nordweststadt is the special urban environment created by the relation between the large semipublic green space and the modern housing settlement. Any intervention should look forward and present a possible future framework. Could the existent values be maintained during a conscious urban growing and social mixing progress? The main concept of this project is the need of the social cohesion between the inhabitants and the future incoming people. The new public space system works as a community space for all the neighbors and introduces a new language to a closer scale. What could define the Nordweststadt future framework?Re-defining the actual centralities. The nodes of activity will be connected through the main green corridor. New Pavilions added as gates of this central community garden. They will work together diminishing the power of the Supermarket. Re-thinking the neighbor unity network. They contain new activities inside the private spaces and the whole system works together. Temporary architectonical elements and the new topographic intervention establish a new character to the space. Re-acting on the mobility system. Intervention on the underground parking. Adding a local public transport system, e-bus will connect the new centralities and integrate the mobility paradigm.
Re-modelling existing apartment buildings. New modern apartments and retrofitting of the buildings. New collective and community uses for ground floors and top of the buildings. 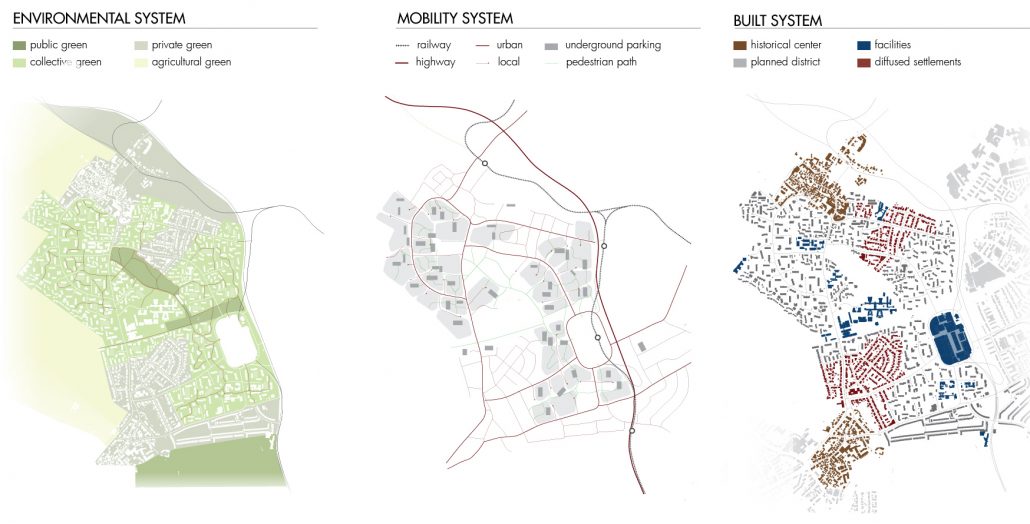 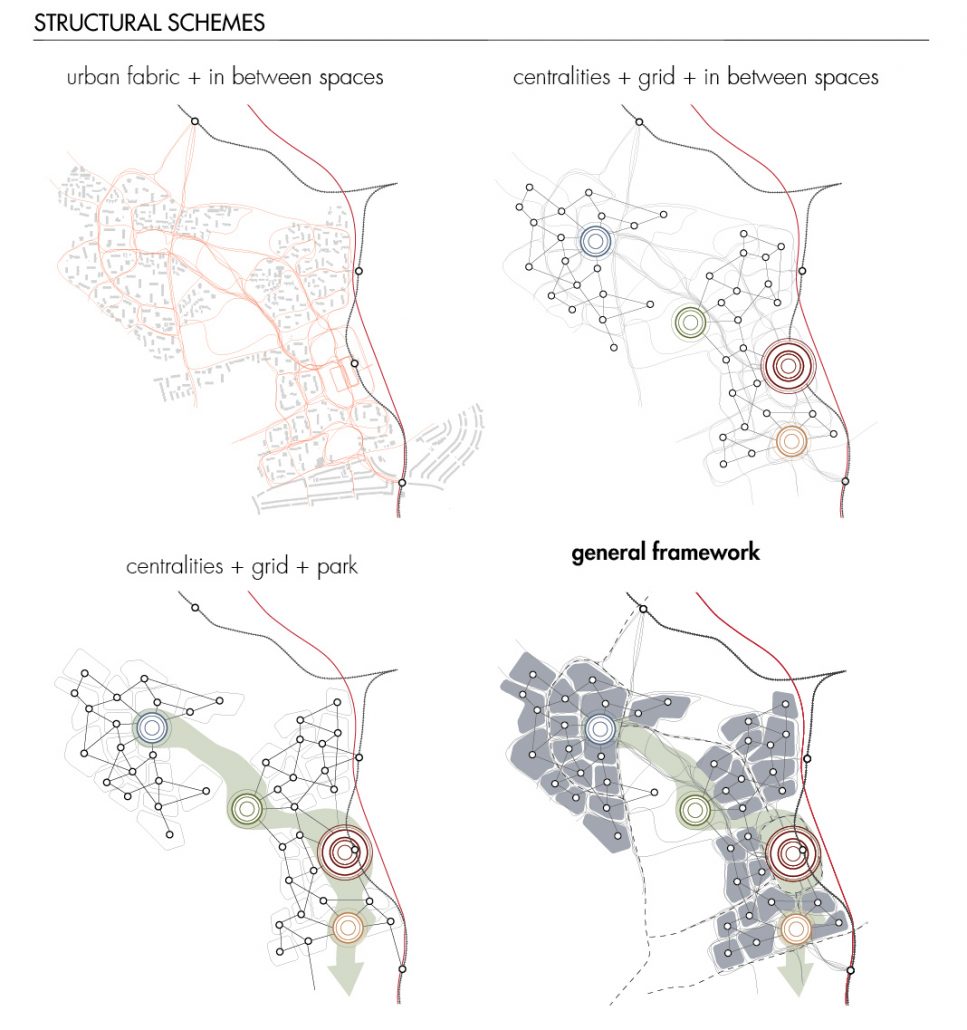 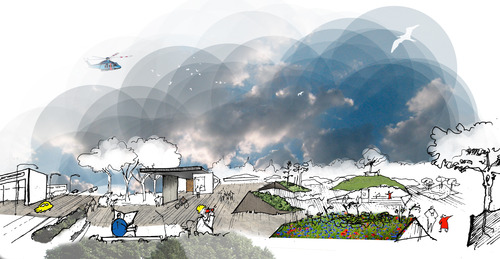 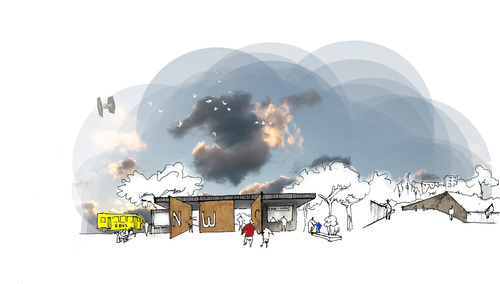 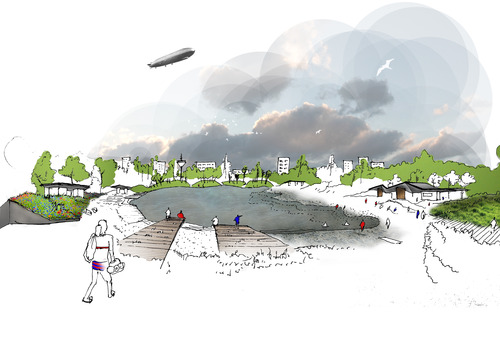